You are here: Home / Tree Pruning / Ball Moss on Your Oak Trees? 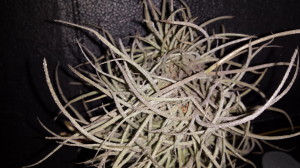 Ball Moss typically thrives in the inner, shady area of the tree canopy.

Are you concerned that ball moss is taking over your trees?  Do you see lots of dead branches? Not to worry.  Ball moss is a non-parasitic plant that lives on other plants without harming them.  So what about the dead branches on your tree?  There’s an explanation for that.  But first, a little background on ball moss.  Ball moss is an epiphyte  that grows in the air.  It does not take anything from the tree.  The tree just gives the ball moss a place to hang.

Did Ball Moss Cause Dead Branches?

Back to the dead branches.  If you are convinced the ball moss is killing your tree, you have plenty of company.  If you closely inspect your tree, you will see that the concentration of dead branches is mostly on the interior of the tree.  The branches on the tree interior grow in the shade and frequently do not receive enough sunlight to produce enough food to survive.  Once a branch becomes too “sickly” the tree cuts off further support of that branch and allows that limb to die.  Think of it as a form of self-pruning for the tree.  Branches the tree has slated for death are appropriately called “sink.” Ball moss thrives in dim light and it tends to attach itself the the branches that receive the least amount of light.

What if you don’t like the way the ball moss makes the tree look even if it is harmless?  There are several methods of removal.  One method that is very labor intensive is to remove it by hand from the live branches being careful not to strip too many leaves off in the process.  Generally removing dead wood from the tree will get a good bit of the ball moss out and improve the look of the tree.  Do it yourself types should be careful of climbing on branches that are heavily infested as they may break off.   Another method, suggested by the Texas A&M Forest Service, is to spray a chemical called Kocide 101 that will cause the ball moss to shrivel and die in about a week.  High concentrations of this can damage the tree so the Texas A&M Forest Services urges much caution.  If the tree is lightly infested, and the look is not frustrating you, control is not necessary.

If your tree could benefit from a pruning, the quiet a bit of ball moss can be removed in the process.  Careful pruning can also let sunlight in and reduce the presence of more ball moss.  Canopy Tree Service does not use chemical sprays because the wind can blow the spray on the house and cars and sometimes leaves discoloration.  The Native Plant Society offers additional information and pictures of ball moss with seed-pod stalks and a photo of the lower limbs of an oak dying from lack of sunlight that have thick clumps of ball moss.  If you would like an evaluation on how pruning might reduce ball moss, we can visit with you about that at no cost.